I had another post planned for this week, but then, someone posted the video from Miss Congeniality about April 25th being the perfect date, and well, I changed my mind.

Today actually was a jacket kind of day, if you wear jackets. I personally do not like them, so I wore a sweater, and I probably would have taken it off at my extremely overheated office if the tank I was wearing underneath did not suffer from Giant Armhole Syndrome.  (My official photographer was having the same problem today.)

However, if you do need a springtime jacket, please do not succumb to the following siren songs:

This is both boxy and has stupid holes. 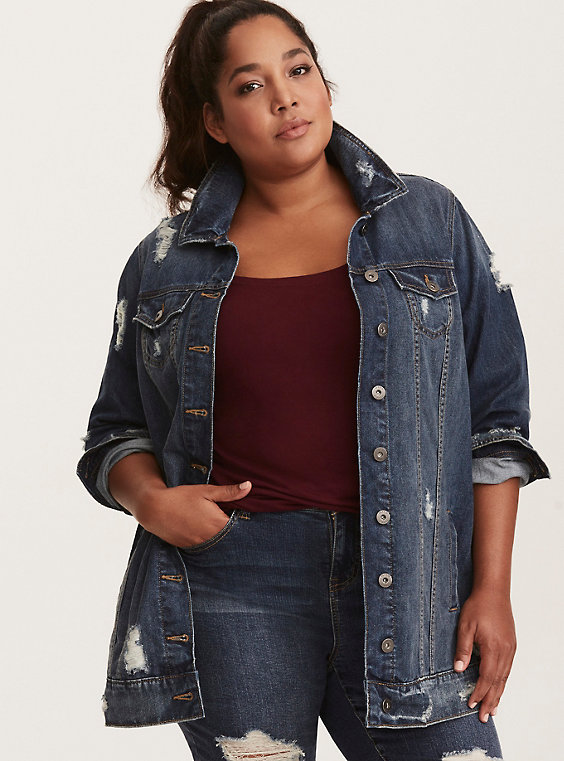 This looks like you borrowed a jacket from your dad and not in a good way, or like your gramma bought this for her Alaskan cruise and was really proud of being “hip.”  Pairing it with matching jeans with holes makes it about 10x worse.  Denim jackets can be difficult to pull off if, like me, you have broad shoulders and no waist….but lengthening it doesn’t fix the problem.

So close to being somewhat acceptable. 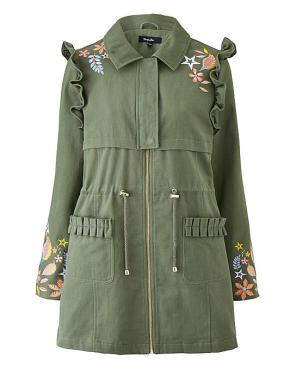 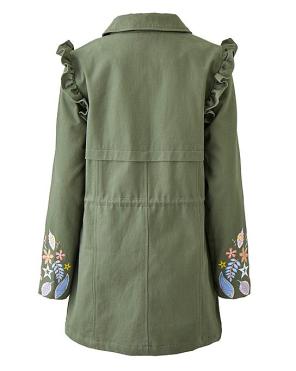 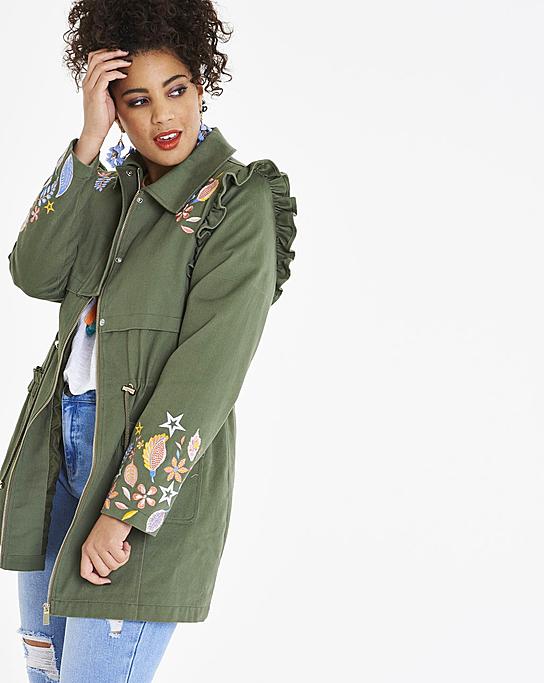 I could actually accept this as a viable jacket…except for the stupid ruffle on the shoulders and pockets.  We are adults here.  Let’s save the ruffles for little kids, okay?

Speaking of pointless and ugly ruffles… 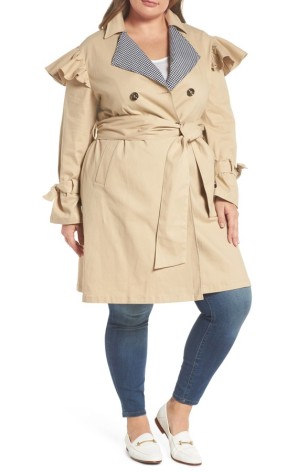 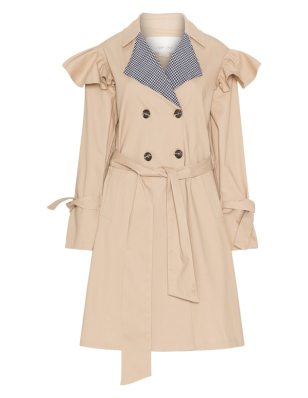 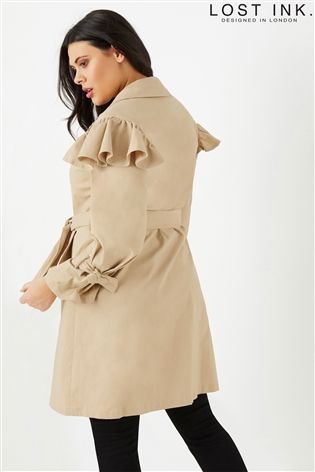 Again, this would otherwise be a perfectly acceptable spring coat, even with the gingham. I don’t know that I like the color combination, but at least it’s not actively offensive.

I knew they would have something awful. 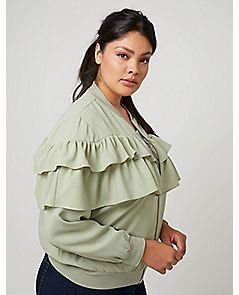 And of course, there are bloggers pushing this monstrosity.  Bomber jackets kind of make you look boxy anyway.  Adding a ruffle at the bust does not help.  It’s almost as bad as a dropped shoulder.  No, I take that back.   It’s worse.  You don’t want to take a menswear-inspired silhouette and slap some ruffles on it, particularly not ruffles at one of the wider points of the body.  Also, I hate this color.  I think it makes 95% of people look washed out as fuck.

In another menswear-inspired fail… 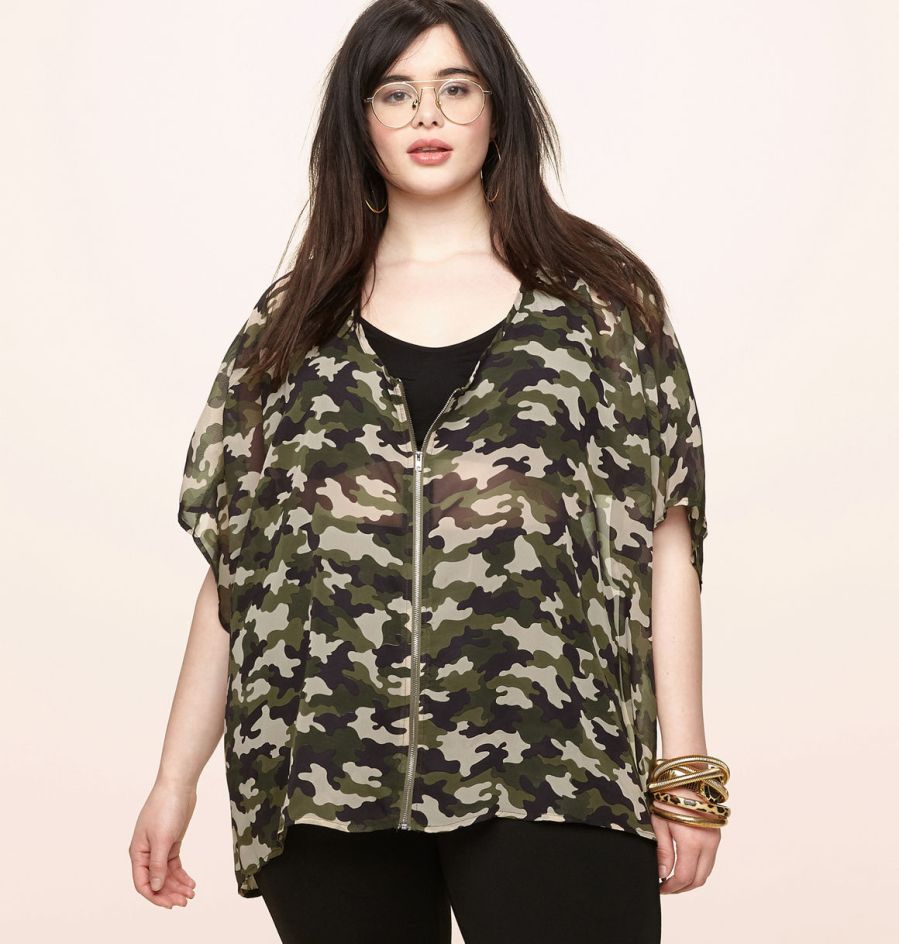 Why aren’t we over camo yet?  If you are going hunting, first, I hope you’re not just doing it for fun – I hope you or someone is eating what you’re killing, and second, then you might have an excuse to wear camo.  However, I don’t understand it for hunting really either, because then you have the bright orange hats/gloves so other hunters don’t shoot you.  As a fashion statement, it says “nope.”

And the winner of the Ugly Sweepstakes… 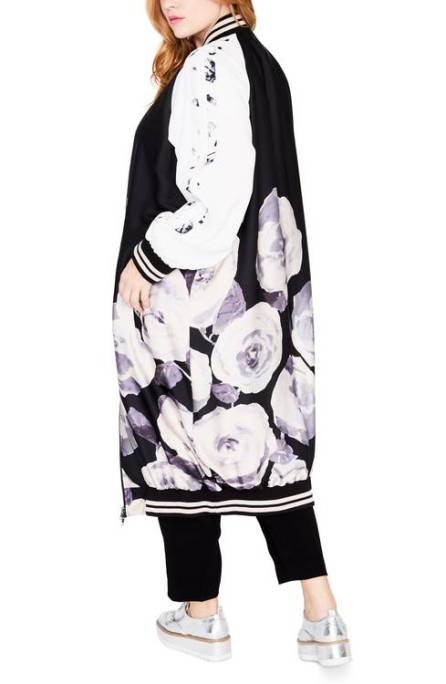 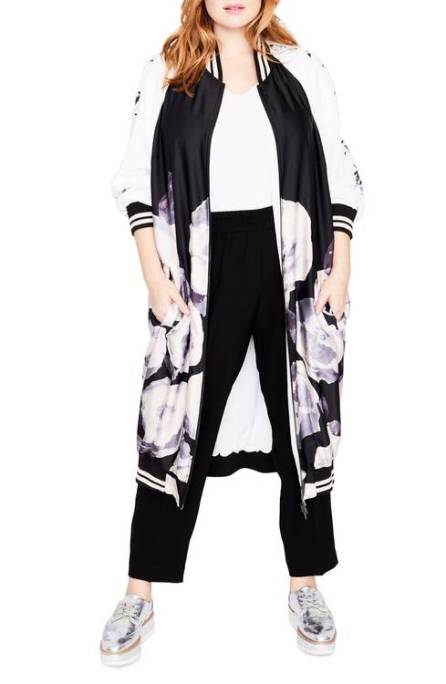 Holy shit.  It’s the Tacky Trifecta!  (1) Athleisure, which I am mostly over, because I’m pretty sure you can’t pull it off without looking like Sue Sylvester, unless you wear heels, and fuck wearing heels with comfortable pants; (2) Bad Giant Floral Prints that would maybe look okay on a couch but not on a human; and (3) Longline Menswear.

I’d rather be cold.

7 thoughts on “WTF Wednesday: You May Need a Light Jacket, but Not These”