As I have been surfing the web, I’ve noticed something:  almost all the plus-size retailers are copying one another.  I don’t even know who does what first anymore, but within a couple of months, EVERYONE has the same thing.  But sometimes, the copying is completely egregious.

Like this blazer frpm ASOS Curve, and this identical one from Eloquii. 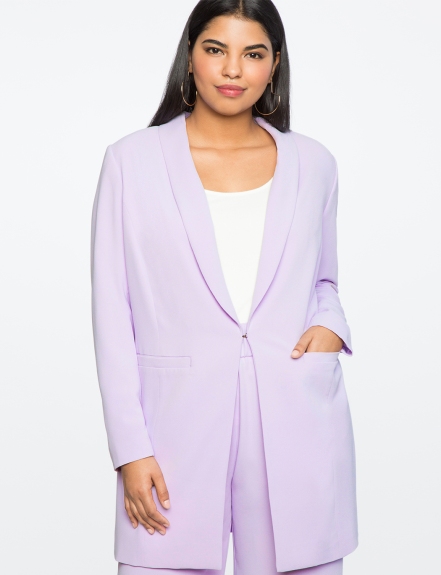 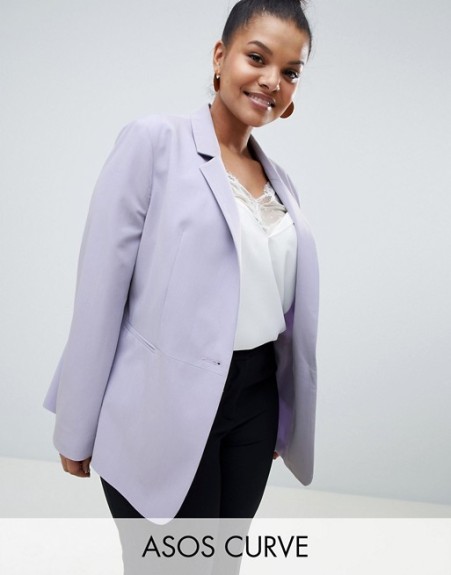 I mean, I know Pantone declared Ultraviolet the color of the year (and who the fuck is Pantone, anyway? Who died and left them in charge of what color should be popular? Because they can take that awful marigold yellow and cram it up their bunghole), but these blazers are almost alike and equally…not my thing.  Very few people can pull off this look.

And like this navy lace maxi dress from Kiyonna, and a VERY SIMILAR one from Catherines. 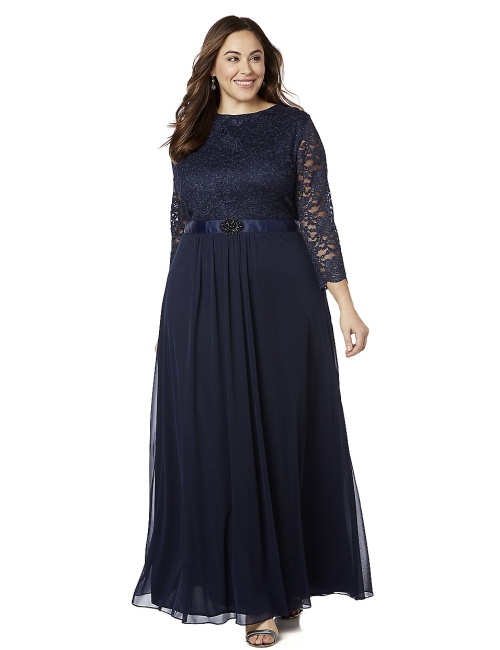 Sure, they’re both pretty dresses.  I think Kiyonna was first on this one.

On to the next trend: “choker neck” tops.  Torrid and The Store That is Dead to Me have some pretty close contenders:

I think Torrid has had this style in various colors and prints for quite a while.  I’m not a huge fan of this trend, mostly because I feel like that neck strap would drive me nuts and the amount of skin seems like it needs a necklace, but how do you necklace with that choker neck?

For another trend, dresses/tunics with corset lacing:  Hot Topic and Rebdolls have some super-similar choices: 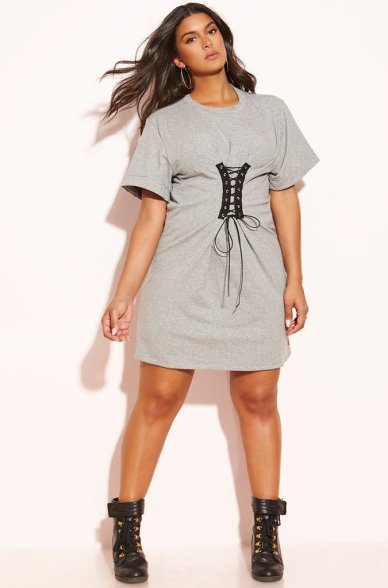 The idea for this week’s WTF-ery came from a post/discussion with The Huntswoman on FB yesterday. Her post was actually about a collaboration between Stitch Fix & Karl Lagerfeld in plus sizes, but to me, the previews of the collection were just more of the same. Apparently, blogger/designer Gabifresh also feels the same: that “plus size” collections are either the same old shit and don’t reflect the designer’s actual line (and can be found on literally any other plus-size website).

Sure, trendy is trendy, I GUESS, and I’m sure this is only the tip of the iceberg.  It’s just that, when you’re looking for some self-expression, seeing the same thing on every site is really boring, and really discouraging.  Some might fit better, or worse, but basically, the choices are still limited.  They may not be muumuus or polyester slacks, but they’re still not really an expression for everyone.

Today is hard.  I started like 4 different posts and couldn’t seem to get anywhere.  I guess my brain is tired and thinking about other stuff.

Or my real WTFs have to do more with current events/shit happening than they do with clothes.

2 thoughts on “WTF Wedensday: Knock it Off.”